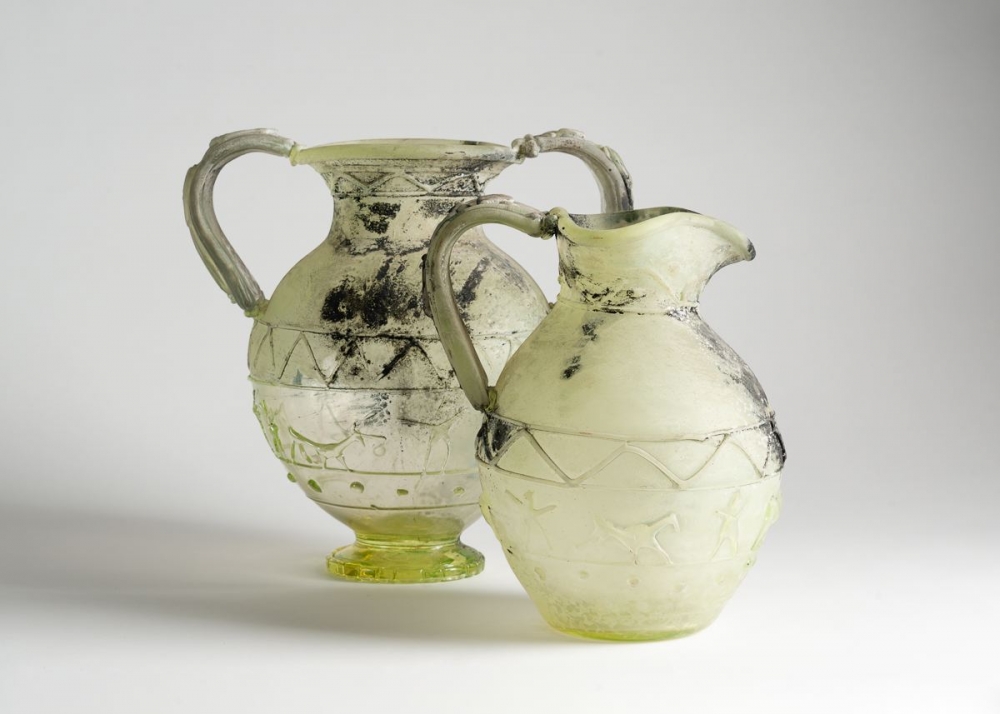 Ermanno Nason was born in 1928 to one of Murano’s oldest, most famous families of glass-makers.

He started working in his father Italo’s furnace when he was just nine, practicing the family craft every day after school. He soon developed a reputation for his lifelike human and animal forms, and after graduating elementary school, divided his time between a variety of glass furnaces (including that of the popular firm Pinzan & Cimarrosti) and Abate Zanetti, the glassmakers’ school led by Vittorio Zecchin.

By the time he was 18, Nason was recognized as a “maestro,” and from 1952 to 1957 was considered the “maestro di prima piazza” at the Mazzega glass factory.

He first gained notoriety for his collaboration with the “Centro Studi Pittori nell’Arte del Vetro,” founded in 1951 by Egidio Costantini (and later dubbed“La Fucina degli Angeli” by Jacques Cocteau). This experience broadened his perspective and changed the way he would work forever, affording him the opportunity to work alongside some of the world’s most well-recognized artists. While at the Costantini’s firm he helped to execute designs for Marc Chagall, Pablo Picasso, Georges Braque, Max Ernst, and Alexander Calder, to name but a few.

During this period Nason also mastered a massello glassmaking, a style that allowed him to indulge in his preference for creating larger sculptures—works inspired by antiquity, the Renaissance, and the modern trend of abstraction.

In 1957 he opened his own furnace with his brother-in-law Scarpa, and in 1973 started his own business, “Arte Ermanno Nason.” In the interim, between 1964 and 1972, he produced work on behalf of Cenedese Glassworks, a firm that specialized in the Scavo technique, with which glass is etched and coverered in carbonates, nitrates, and silica to appear aged like archeological artifacts.

Throughout his illustrious career, despite his many opportunities, Nason never left Murano, feeling both protective of his heritage (and his family’s centuries of accumulated knowledge) and dependent upon the island’s particular light as a source of his creativity.

In 1993 a fire destroyed his furnace, along with decades of his best work. After this tragedy he did not only give up his business, but glassmaking entirely.

Until his death in 2013 he poured his creativity into painting. 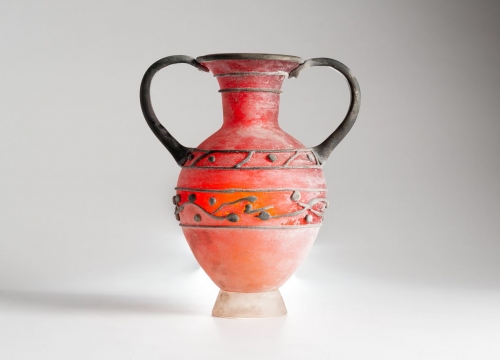 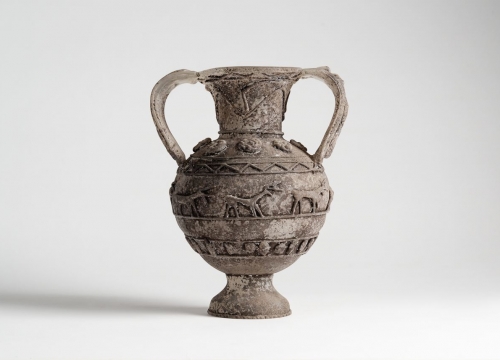 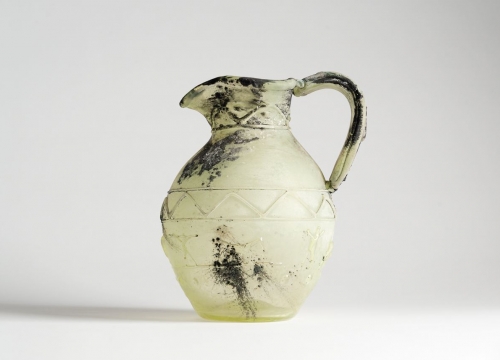 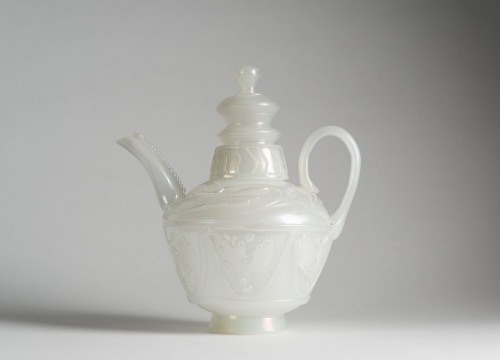 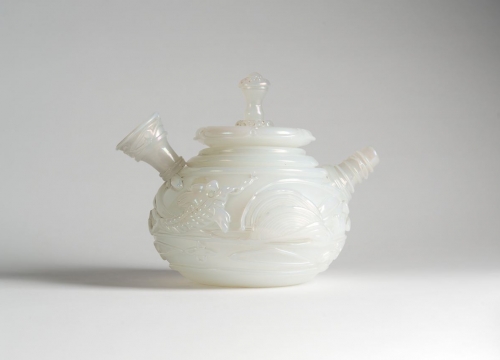 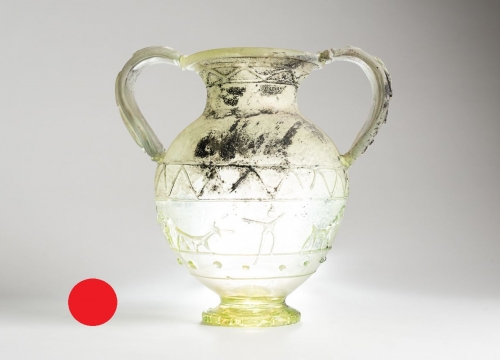