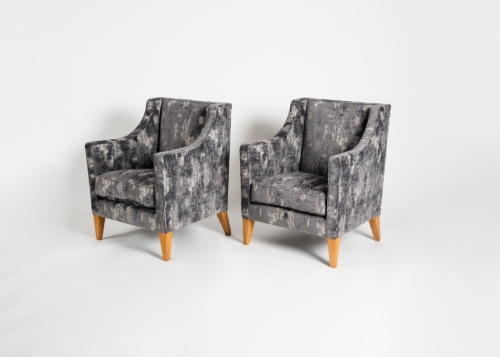 Jacques Quinet was one of the most successful designers of the mid Twentieth Century, and his work continues to be recognized as some of the finest of the period. He is not merely remembered for his longevity, but for the monumental influence his simple, pared down interpretation of neoclassicism had on successive generations of furniture makers.

Quinet’s illustrious career began in 1937 when his father-in-law put him in charge of the family furniture store. He took to the industry quickly and by 1941 had opened a decorator’s office on the Rue de la Pompe. By 1943 he landed his first large-scale job furnishing the offices of the Parisian company Krema.

The proximity of his offices to the famous craftsmen and furniture makers of the Faubourg Saint-Antoine, particularly the ébéniste François Sebesta (who taught Quinet much of what he knew about woodworking), so deepened Quinet’s passion for design that by the early forties he had enrolled in classes on architecture and was creating furniture of his own, collaborating with the likes of Raymond Subes, Gilbert Poillerat, and Jean Bazaine.

WWII complicated Quinet’s plans. Projects were few and limited, and he was even forced (briefly) to drop his studies while fighting in the resistance. As the war drew to a close, however, Quinet was poised for yet greater successes. He resumed his studies, graduated, and returned to his work with equal fervor; moreover, he had many successful, large scale jobs under his belt, and a body of design work to show for it. He faced a new Paris equipped with a formidable reputation. Known as one of city’s best decorators and as one of its most talented furniture makers, he would gradually secure the patronage of the city’s wealthiest and most discerning citizens.

Quinet’s greatest ambition was to cultivate a unique and powerful style, and his studies in architecture helped to facilitate this goal. Like many of the furniture makers of the early to mid-twentieth century Quinet was drawn to the bold, neoclassical aesthetic; what set him apart from the rest, however, was the manner in which he translated this inspiration into something fresh and modern. The designer spurned ornament for a purity in form—one that rendered the solidity of the neoclassical aesthetic weightless. Essentials like color and materials wholly absorbed Quinet, who favored rich woods (like sycamore, mahogany, and cherry), lacquer finishes, and bronze. This unique approach granted him a style that would, in fact, remain recognizable for years to come—a style truly his own.

His commissions were many and notable. He decorated General Eisenhower’s residence at Marne-la-Coquette in 1951 and the corporate offices of La Societé des Eaux d' Evian, Air France, and Beghin-Say, in 1955, 1965, and 1969 respectively. In 1953 he outfitted many of the rooms in the steamships La Bourdonnaise and The France. After his work on The Pasteur in 1966, and on the famous Hotel Plaza Athénée in 1968, he shifted much of his attention to trains. Between 1970 and 1977 the designer outfitted trains in Egypt, Morocco, and the Ivory Coast on behalf of the SNCF.

By his death in 1992, Jacques Quinet had been decorated by the Légion d'Honneur and named a Chevalier des Arts et des Lettres. 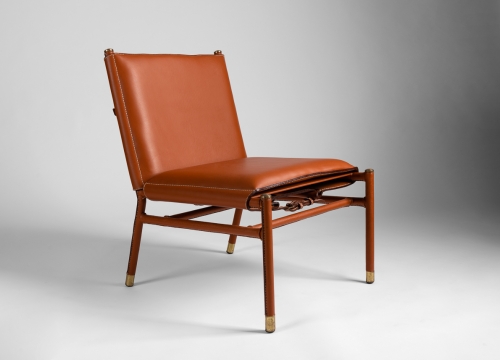 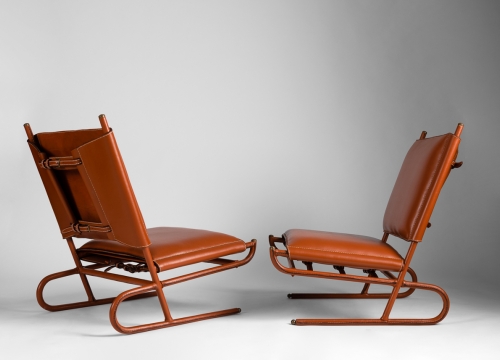 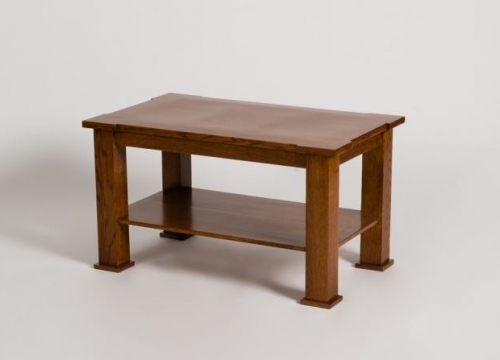 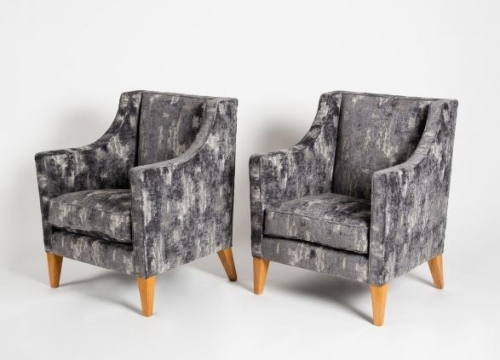 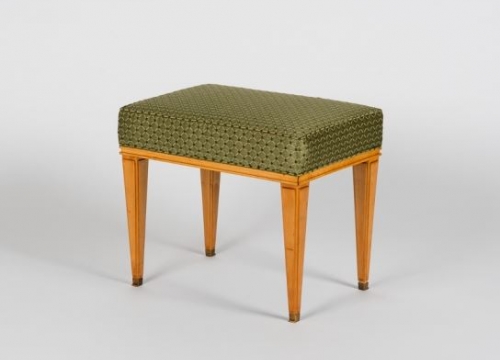 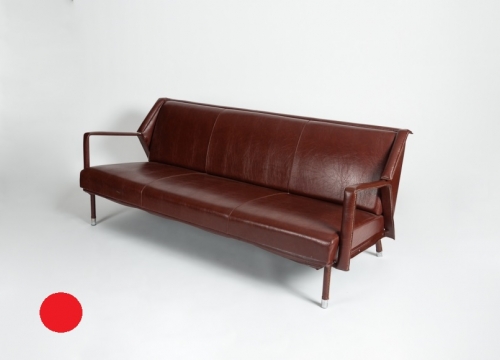 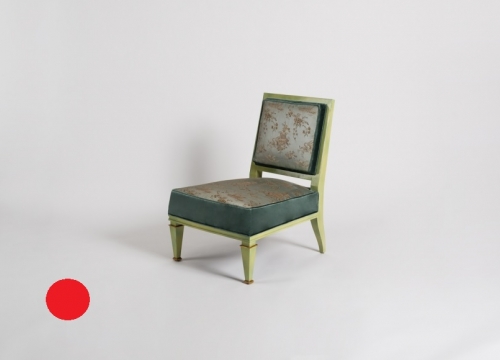 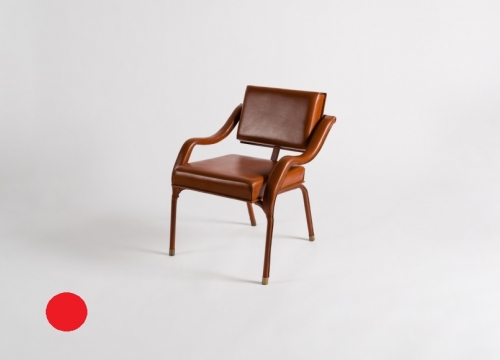 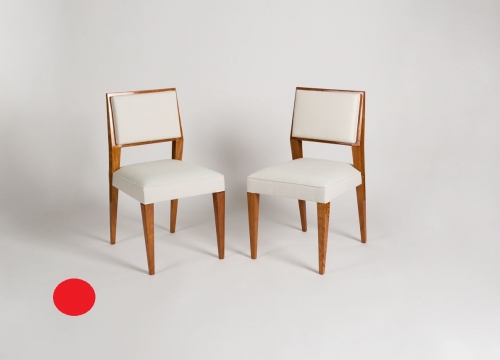 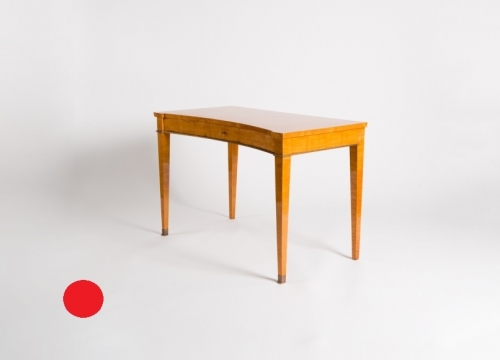 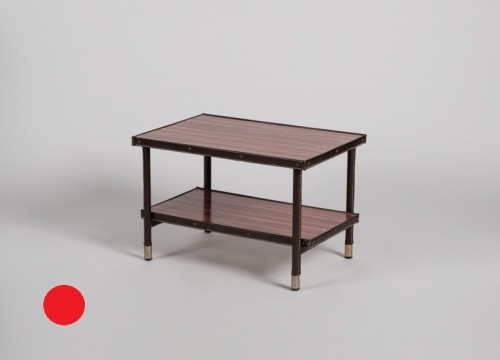 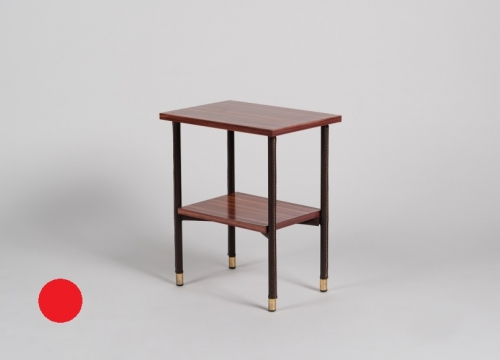 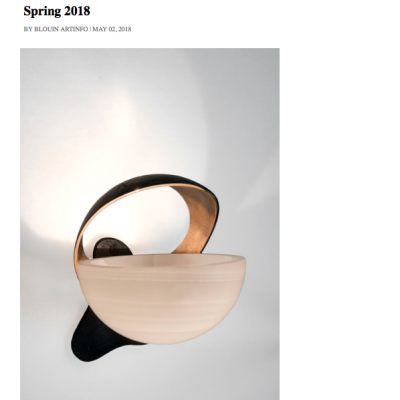 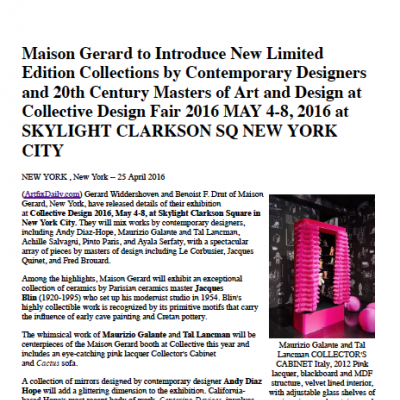