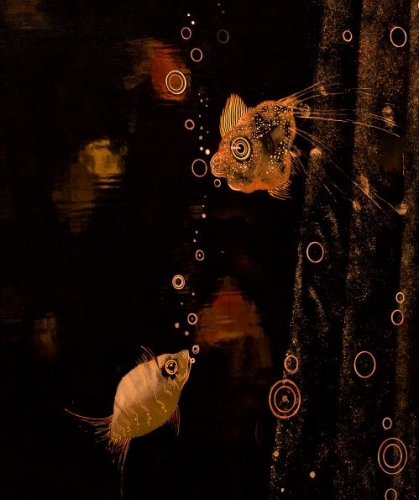 Jean Dunand, an artist distinguished by his unprecedented and unmatched genius in lacquer, stands today as one of the very few Western artists to have practiced the Japanese style of lacquer execution. Primarily concerned with this medium, Dunand also made a name for himself by experimenting with sculpture and dinanderie—a process of creating hammered metal works. He now stands out as one of the foremost Renaissance men of the Art Deco period.

Dunand was born Jules John Dunand in Petit-Lancy, Switzerland (a former French municipality, handed to the Swiss after Napoleon’s defeat) in 1877. The son of a goldsmith, Dunand would follow in his father’s footsteps toward a life in the decorative arts. In 1897, Dunand was able to go to Paris where he continued the studies he had begun at the École des Arts Industriels de Genève. While in Paris, Dunand became an apprentice to the famed sculptor of Art Nouveau, Jean-Auguste Dampt. Three years into his time with Dampt, Dunand was given the opportunity to show a bust he had sculpted at the Exposition Universelle in Paris, 1900. In 1909, he would change his given name to Jean.

It was around this time that Dunand began to move toward experimenting with dinanderie (named for Dinant, Belgium, the place of its invention). He worked mostly with copper, and toyed with geometric patterns, reflective of the burgeoning Art Deco style he would later fully embrace. In 1904, the Musée des Arts Décoratifs purchased one of his dinanderie vases, solidifying his status within the medium. He would regularly show his dinanderie in the Salon de la Nationale des Beaux Arts and the Salon d’Automne, along with his contemporaries Rodin and Renoir.

What made Dunand truly famous was his lacquer. In 1912, he came in contact with Japanese artist Seizo Sugawara (who had also shown at the 1900 Exposition Universelle) from a small village called Johoji, known widely for its lacquerware. Sugawara, being desirous of learning dinanderie, offered to teach Dunand Japanese lacquer techniques in exchange for Dunand’s metal expertise. Along with Irish artist Eileen Gray, also a resident of Paris, Dunand became a keen student of the art of lacquer. He eventually opened a lacquer workshop, employing over a hundred people and bringing the best craftsmen from Indochina to his aid.

In spite of the notorious difficulty in working with lacquer, due to its irritating effect on the skin and eyes, Dunand was able to master it, and in 1925, he began integrating eggshell into his creations. This painstaking process involved using tiny shards of eggshell to create fine patters under the lacquer layers. Using this method, he would go on to create not only vases and small accessories, but monumental wall panels and entire rooms. He also cooperated with the greatest furniture designers of the day, including Émile-Jacques Ruhlmann and Jules Leleu.

Dunand’s prowess at creating large pieces in lacquer would draw him to interesting and profitable commissions, including the luxurious ocean liners Ile de France (1927) L’Atlantique (1931) and the peerless Normandie (1935). In 1925, he participated in the Paris Exposition by designing a room for the French Embassy.

Dunand died in 1942, having achieved the title Marshal of France for his honorable duty in the First World War, as well as an enduring influence on the French Art Deco. 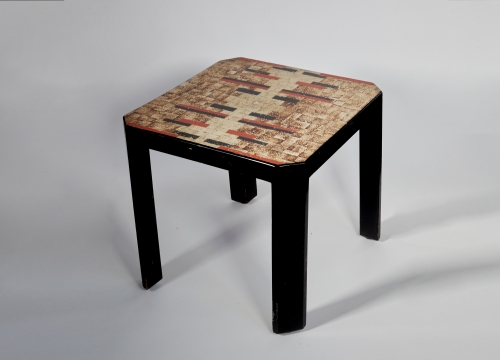 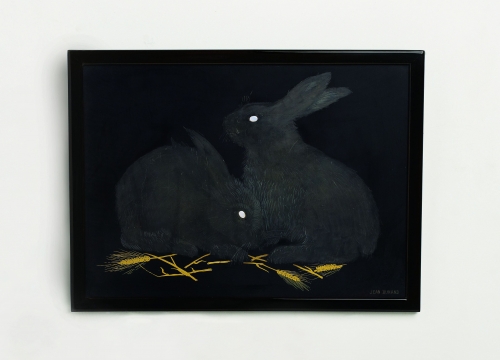 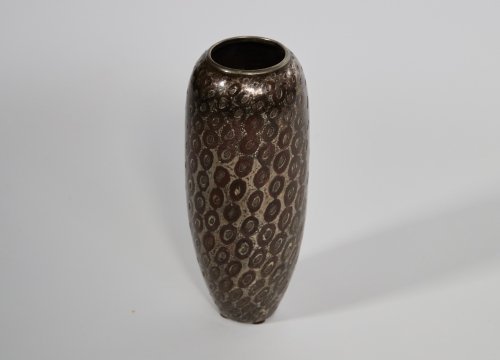 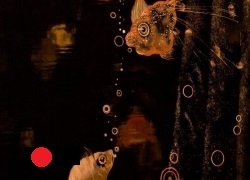 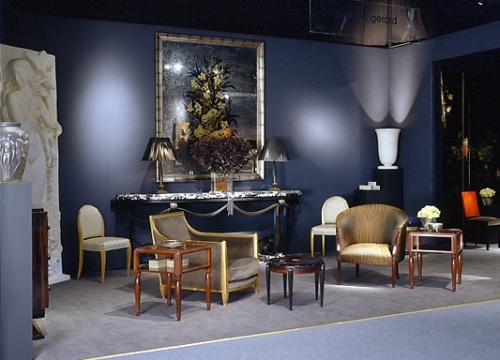 The International Art + Design Fair
October 2000
Back To Top