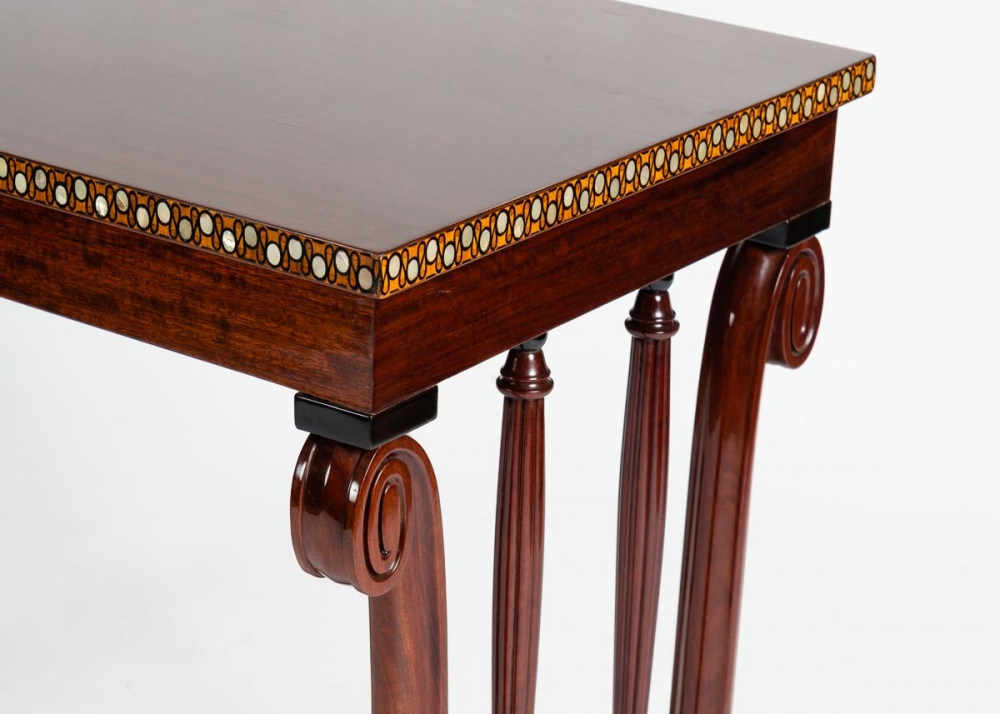 Maurice Dufrêne was born in Paris in 1876. From an early age he showed an affinity for furniture, gathering scraps from his father’s workshop to use in designs of his own.

He couldn’t ignore this interest for long, and abandoned his study of painting at the École des Arts Decoratifs to work for Julius Meier-Grafe at La Maison Moderne, a gallery that employed a staff of artists (including Victor Horta, Henry van de Velde, Anthony Selmersheim, and Charles Plumet) to produce editions of original furniture. By the time he was 23, Dufrêne was the gallery’s director, and leading a shift in its production to the popular Art Nouveau style.

Dufrêne showed his own work for first time in 1902, and from 1903 on exhibited regularly at the Salon d'Automne and the Salons of the Société Nationale des Beaux-Arts. In 1904 he helped to found the Société des Artistes Décorateurs, which quickly became one of France’s most prominent organizations of contemporary designers, hosting a popular annual salon of its own. He would exhibit there for the next thirty years.

After 1910 Dufrêne’s work took on the forms of neoclassicism, and at last, an aesthetic that would coalesce into the Art Deco. While he didn’t shy from metal, ceramic, glass, or fabric, Dufrêne executed most of his designs without excessive frills or ornament—often simply, in lush woods like mahogany. A deep respect for craftsmanship is his work’s fundamental characteristic, and his furniture is as functional as it is elegant.

During these years, Dufrêne taught at the École Boulle and the École des Arts Appliqués, was honored with a spot in the 1915 Panama-Pacific International Exposition in San Francisco, and was one of the primary set designers on the 1919 film Le Carnaval des Vérités.

In 1921 the Galeries Lafayette entrusted Dufrêne with the Maîtrise workshop, which was created to compete with Guilleré’s Primavera and Follot's Pomone. His exhibit at the 1925 International Exposition of Modern Industrial and Decorative Arts in Paris helped solidify what is now considered the quintessential Art Deco style. In addition to the Maîtrise pavilion, Dufrêne designed a few of the exposition’s luxury boutiques, a music salon, and the living room of the Ambassade Francaise pavilion.

In addition to running the Maîtrise until 1952, he produced designs for Christofle, and decorated rooms for the Palais de l'Elysee and many embassies on behalf of Le Mobilier National. 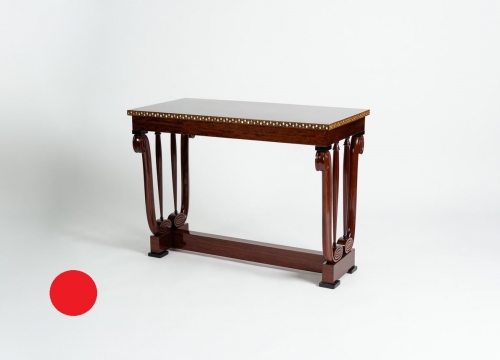