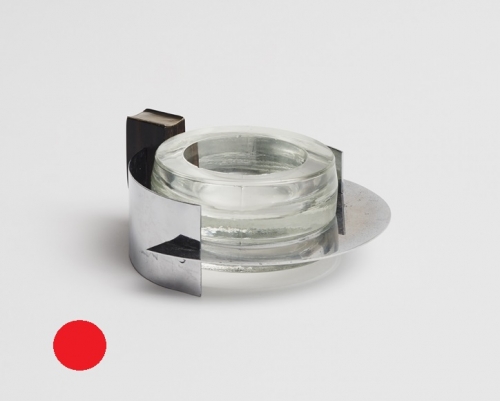 Paul Dupré-Lafon, called the “decorator of millionaires,” made a name for himself by crafting high-quality Art Deco furnishings for the Parisian elite. Deeply inspired by Cubism, Dupré-Lafon expertly incorporated geometric and functional aspects into his pieces. Only creating and limiting his designs to his exclusive clientele, he never exhibited in salons or expositions like his contemporaries. Even so, he stands today as a paragon of the clean Art Deco aesthetic.

Born in Marseille in 1900 to a family of traders, Dupré-Lafon chose instead to follow a creative path. After finishing his secondary education, he moved on to the École des Beaux Arts de Marseille. Completing his degree in architecture, Dupré-Lafon went to Paris in 1923, and there established a workshop. By 1928, he had several apprentices working under him and was beginning to accept commissions.

Through the late twenties and early thirties, Dupré-Lafon worked on design projects in several prominent private homes in Paris. During this time, he also began working for Hermès, creating accessories such as ashtrays, desk sets, lighting, and even furniture such as secretaries.  In 1938, Dupré-Lafon completed his most lauded and well-known commission—a luxurious mansion on the avenue Foche in Paris.

Dupré-Lafon’s work is characterized by clean, bold lines, accentuated by soft curves and gentle diagonals. The designer was highly influenced by the burgeoning artistic style of Cubism, giving a peculiar stamp to his contribution to Art Deco.  Dupré-Lafon’s furnishings, crafted with the luxurious tastes of the Parisian elite in mind, used high quality materials like Macassar ebony matched with durable metals like chromed steel.

The exceptional creations of this artist, while never exhibited publicly during his life, continue to be important works in the history of the French Art Deco. Not only were his works for Hermès widely produced, but his interiors were published for posterity in notable publications such as Le décor d’aujourd’hui and Art et Décoration. Dupré-Lafon himself was also active in writing about design, something he did throughout the 1960s. Before his death in 1970, the designer completed a commission on a country house in Deauville, France. 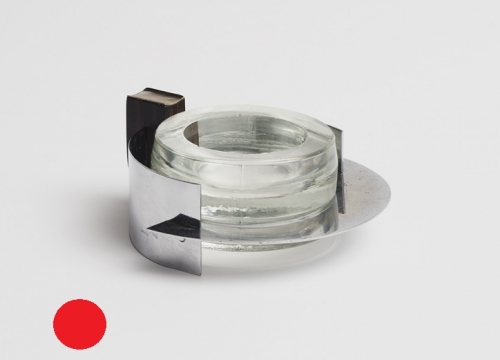 Paul Dupré-Lafon
Fine and Rare Modernist Ashtray France, circa 1930 LAF 03
Back To Top